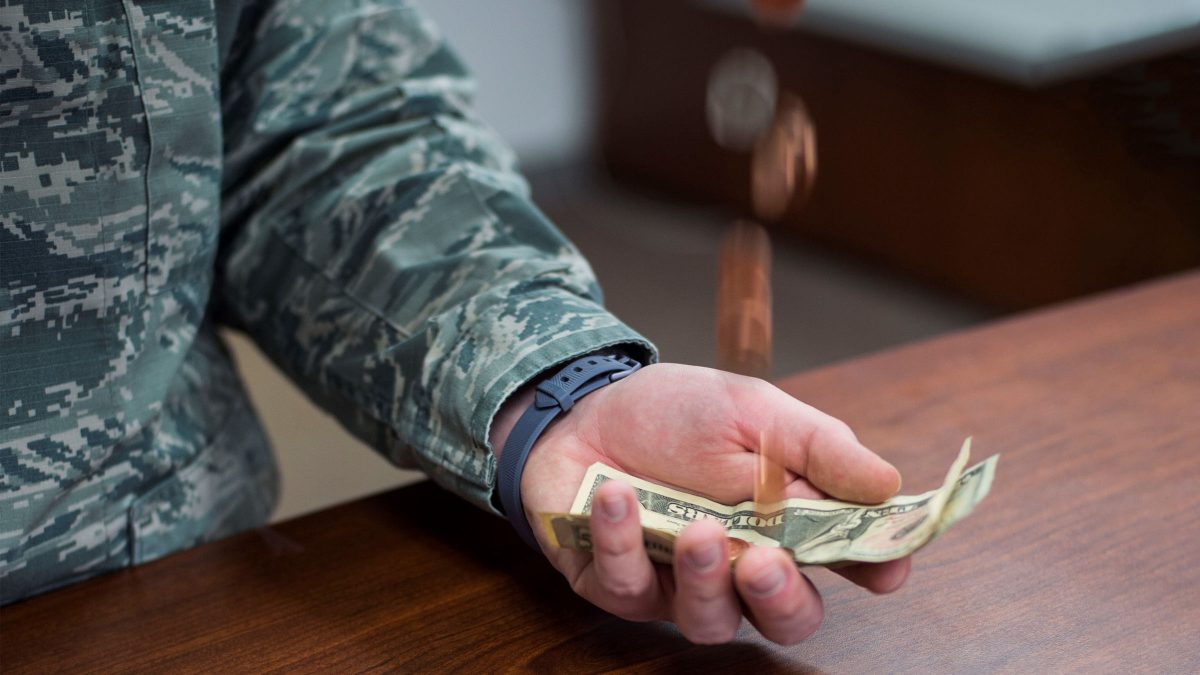 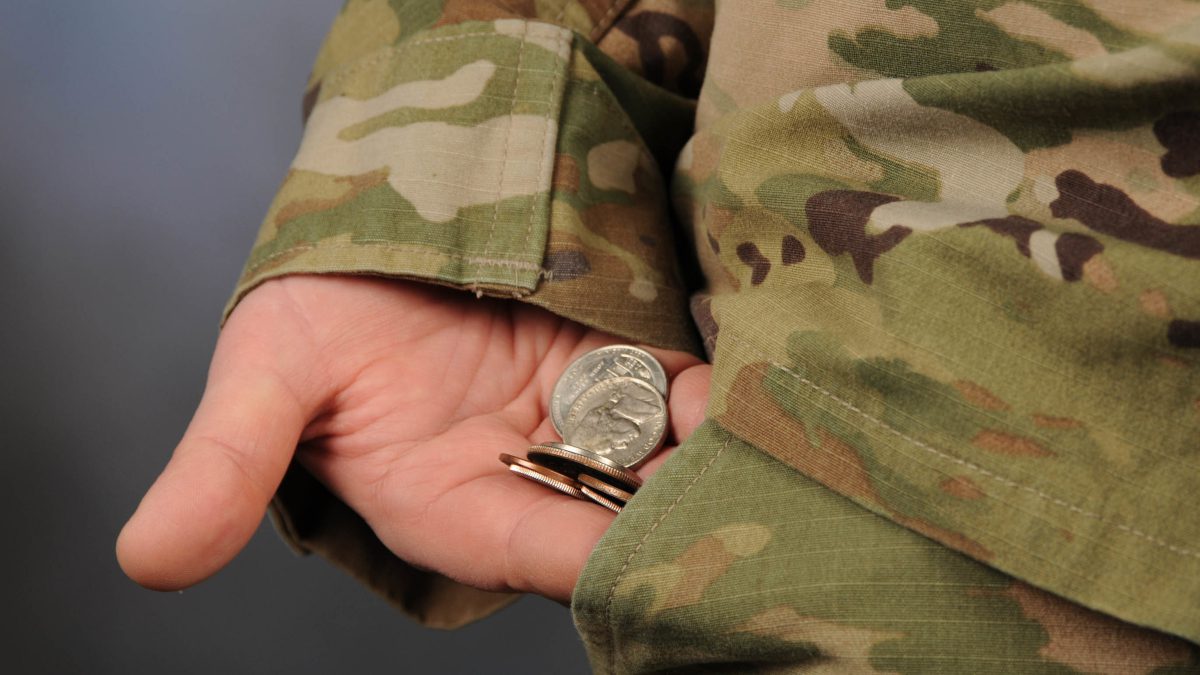 An allotment is a designated amount of money that is automatically distributed for you, from your pay. There are many reasons to have an allotment, including setting aside funds for family, paying off a loan from the military, or paying for your life insurance premiums. The following summarizes what you need to know about allotments:

Your allotment is evenly divided between your semimonthly paychecks. For example: If you have an allotment of $100 it will reduce your take-home pay on the 1st and 15th by $50.

Examples include, but are not restricted to, the following:

If you have an allotment question or problem, you should visit your local pay office with the question first. If your pay office can’t resolve the problem, it should officially refer your question to DFAS. 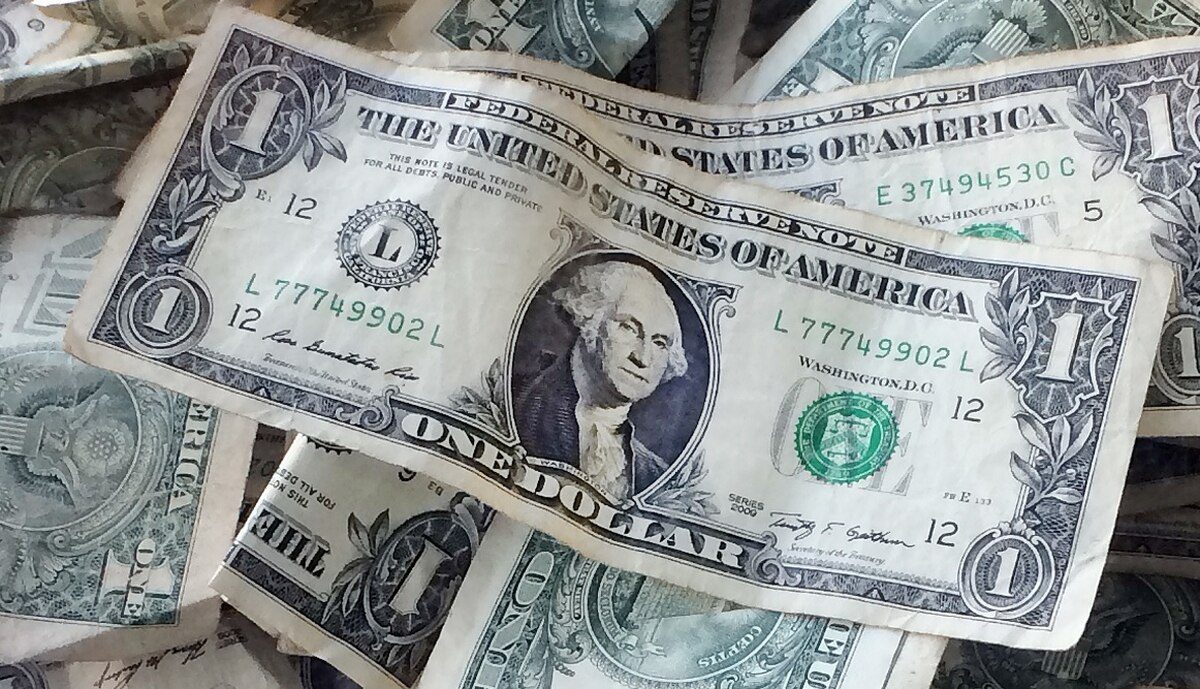 The proposed military pay raise for fiscal 2021 in the Defense Department’s budget request, released Monday, is 3%, the second-highest pay raise for troops since 2010.

The 3% raise, following 2020’s 3.1% bump, ensures that the troops will be “well compensated” and underlines DoD’s recognition that military and civilian personnel “are our most valuable resource” in carrying out the 2018 National Defense Strategy to counter China and Russia, according to the Pentagon’s budget overview. The total Pentagon budget request for fiscal 2021 totals $705.4 billion, part of a defense spending package with a $740 billion topline.

The overview said the raise is aimed at giving the military a “competitive compensation package” to offset the drain of highly-trained personnel to the civilian sector “even as the Department prioritizes funds toward the NDS.”

The raise is part of an $8.7 billion increase over the fiscal 2020 budget for wages and benefits, DoD said, and is expected to survive protracted and heated negotiations on the overall budget between Congress and the White House. If passed, the raise would go into effect next Jan. 1.

The bump is also in line with the 2.9% increase for civilian workers indicated by the latest quarterly report on the U.S. Employment Cost Index (ECI), put out by the Labor Department’s Bureau of Labor Statistics.

That figure does not limit the president, Congress and DoD in the final military pay raise proposal, but has traditionally served as a major factor in the final decision.

The 2021 proposed raise would bring with it similar paycheck increases.

However, the latest pay raise could signal the last of the big pay increases as overall defense budgets are expected to enter a phase of leveling off or even declining, as Defense Secretary Mark Esper and other top DoD officials have warned.

“We have to brace ourselves that at best, defense spending will be level” in future years, Esper said last Thursday at the Johns Hopkins School for Advanced International Studies.

The requested increase would keep the pay for military personnel in line with increases in the civilian sector and serve to aid retention, said retired Air Force Col. Dan Merry, vice president of government relations at the Military Officers Association of America.

“Whatever the baseline increase” for the military, “it should be no less than that of the civilian population,” Merry said.

The raise would send a positive message to troops thinking of making a career of the military, and also to troops retiring next year, Merry said.

Retirement pay is based on the last year of service, and Cost of Living Increases (COLA) increases for retired personnel are then based on the Consumer Price Index, Merry said.

Here are the basic military pay raises going back to 2007, according to the Defense Department: